skip to main | skip to sidebar

To get a first hand look at the Gophers Men’s Hockey Team this season, be sure to pick up tickets today for their game on October 4th at Mariucci Arena against the Northern Alberta Institute of Technology Ooks.

Tickets are selling fast, so be sure to get them today!

Everyone Loves Gopher Fan at 10:46 PM No comments:

Minnesota kids make up the majority of the Gophers Men’s Hockey Team. In fact, local talent occupies 22 out of the 25 roster slots. That said, the three other players that make up the rest of the roster deserve equal fan support as well. So we thought it would be appropriate to highlight them and their respective collegiate careers up to this point in time. 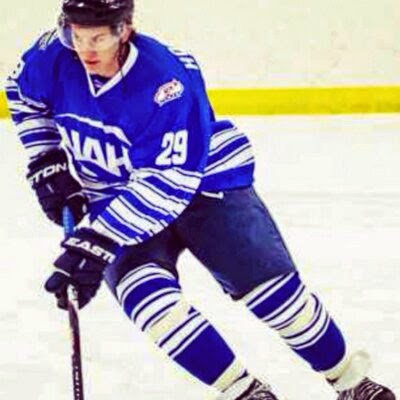 Höglund, a freshman hailing all the way from MöIndal, Sweden, played for a club team, the Janesville Jets, last year and scored 24 goals in 57 appearances. The forward brings some international flavor to the mostly Minnesota native team. 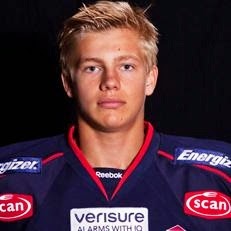 Another freshman hailing from Sweden, although this time Stockholm instead of MöIndal, Bristedt previously played for the club team Linköping.  According to Hockeysfuture.com Bristedt was ranked 24th amongst European prospects in Central Scouting's final rankings prior to the 2014 NHL Draft.

Everyone Loves Gopher Fan at 10:43 PM No comments: 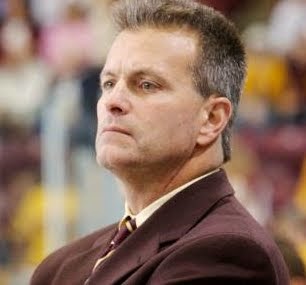 Prior to taking the coaching reigns at the U, Lucia got his start with the University of Alaska Fairbanks, coaching the Nanooks hockey team for six years. While with the Nanooks he compiled a 99-97-19 record and won a Great West Hockey Conference title.

His second head coaching stop saw Lucia take the helm at Colorado College for six years. While coaching the Tigers he compiled a 166-68-18 record and took the Tigers to a Frozen Four and NCCA Title game, where they finished as a runner up.

Lucia took the Gophers job in 1999, and in his third season in 2002 led the Gophers to their first national championship in 23 years. In his 15 years at the helm, Lucia has compiled a 372-187-65 record. Also under Lucia, the Golden Gophers have won three MacNaughton Cups (awarded to the WCHA's regular season champion) and won the Broadmoor Trophy three times (awarded to the WCHA playoff champion).

One of only four coaches in NCAA history to lead a team to back-to-back titles, Lucia has shaped the Gophers hockey program into a national powerhouse and a pipeline for future NHL stars.


Everyone Loves Gopher Fan at 10:36 PM No comments:

Meet the Assistant Coaches of the Men's Basketball Team 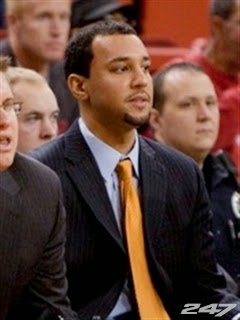 For longtime Gopher fans his name likely rings a bell, as Johnson is a former Gopher player turned coach. Prior to returning home, Johnson acted as an assistant coach on Tim Miles' University of Nebraska staff. While with the Huskers, the former Gopher captain assisted in all-day-to-day basketball-related duties while also serving as a recruiting coordinator.

After devoting the early part of his coaching career to Kevin Willard, spending three years with the current head coach at Seton Hall and his previous school, Iona, McHale made the move to work with Richard Pitino – both at Louisville and now Minnesota. 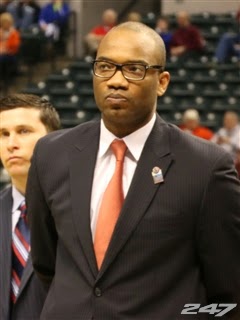 Young tagged alongside head coach Richard Pitino when he moved up north from Florida International University. Young was an assistant on Pitino’s FIU staff to take on the maroon and gold colors. Young assists in all aspects of the program including recruiting, scouting of opponents and

Everyone Loves Gopher Fan at 3:07 PM No comments: 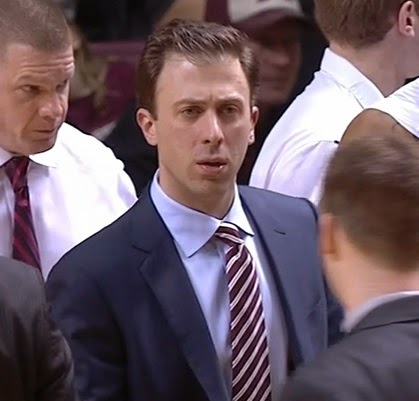 Meet Richard Pitino, the head coach of the University of Minnesota Golden Gophers. The son of esteemed basketball coach Rick Pitino, it appears as if Richard Pitino is changing the U’s basketball culture by instilling a tradition of winning into a program that once seemed off the beaten path.

Prior to becoming the head coach of the Gophers and leading them to become NIT Champions, Pitino got his start as a an assistant on a multitude of basketball programs, never staying at one place for more than two years.

Pitino got his head coaching break with Florida International University. In his first and only season with the Panthers, he compiled an 18-14 record and instituted a high-pressure defense that saw the team finish eighth in the nation in steals.

As we all know, Pitino then got a call from the University of Minnesota. In his first season with the team Pitino broke the school record for most wins in a season with 25.  With Pitino at the helm, it looks like the progr

Everyone Loves Gopher Fan at 3:02 PM No comments:

Early Wishing For A Bowl Birth

Is it too early to be hoping for a Gopher Football Bowl birth? Call me an irrational fan if you like, but after seeing the strides the team made last year, I don’t think it is. In fact, I will be deciding for myself if the team is bowl worthy or not when they take on Middle Tennessee State this Saturday at TCF Bank Stadium.

I’m going to be there cause Gopher football games rock. You should join me. Also take a tip from me and buy a parking pass ahead of time here. They really come in handy and make getting to the games a breeze.

Everyone Loves Gopher Fan at 2:59 PM No comments: 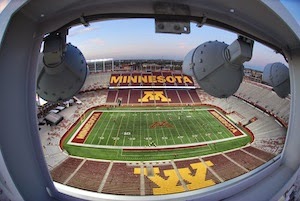 The first home game of the season is three days away and Gopher fans can’t wait to storm TCF Bank Stadium this Saturday for what is sure to be a hard hitting game for head coach Jerry Kill and company.

The home opener has the Gophers pitted against the Eastern Illinois Panthers. The Gophers are favored to win the game, so let’s hope they do so. Ya know, because how great would it be to start the season off undefeated?

Everyone Loves Gopher Fan at 8:25 AM No comments: 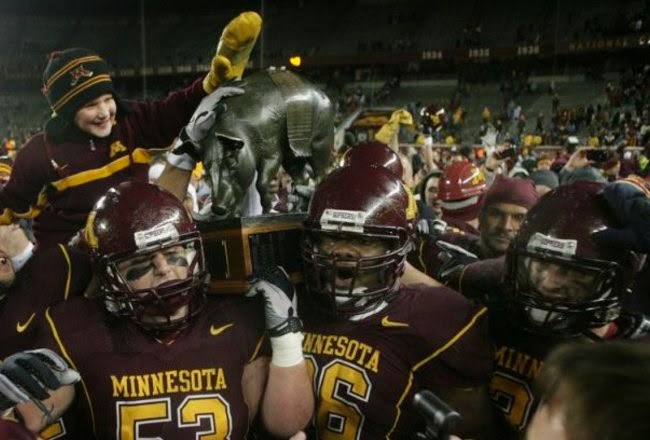 The hottest selling Gopher ticket currently is the game in which Gophers take on the Iowa Hawkeyes and battle for the Floyd of Rosedale.

This should come as no surprise to Gopher fans, because as many can attest to -- this is one of the fiercest rivalries in all of College Football.

Also the trophy is awesome.

If you’re having trouble finding tickets for the game on November 8th, I know of this place here that can help you out.

Everyone Loves Gopher Fan at 8:03 AM No comments: 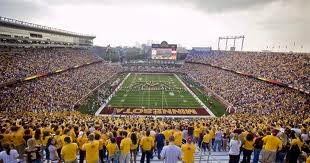 Below is the Gophers schedule for you to check out. If you’re interested in going to any of the games, you should purchase your tickets through here!

Everyone Loves Gopher Fan at 9:56 AM No comments: 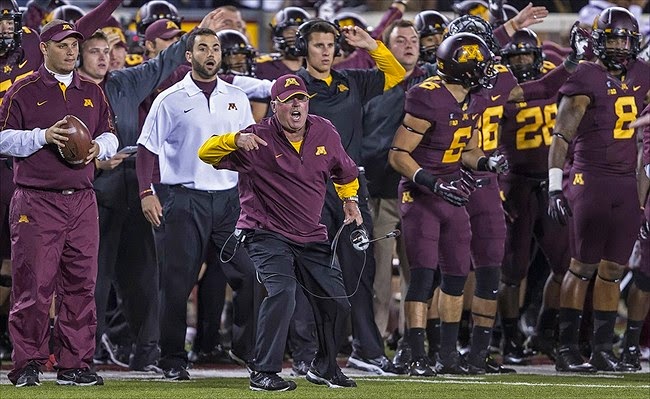 Jerry Kill is the 31st University of Minnesota football head coach. Entering his fourth season at the helm this year, the former Northern Illinois head coach has a career record of 144-91.

At first beginning his coaching career at Football programs below NCAA Division I rankings, Kill found himself coaching Division I ball for the first time when he coached the Northern Illinois Huskies. Still only a MAC school, now the head coach for the Gophers who are in the Big 10, Kill finally has found himself in a BCS Conference.

Kill became the head coach of the Gophers on December 7th 2010. Ahead of him was a program that, following the tumultuous Tim Brewster era, needed rebuilding. Following a first season of growing pains, Kill has coached the Gophers to two consecutive bowl game appearances. And last year, his third with the team, he coached the team to an 8 win season – the team’s first 8 win season in over a decade.

With the steady improvement Kill has brought to the program under his tenure, spirits are high for the up coming season.

Everyone Loves Gopher Fan at 9:43 AM No comments:
Older Posts Home
Subscribe to: Posts (Atom)

What would you like to see more of on this blog?

Gopher Fan
Minneapolis, Minnesota, United States
I love the Minnesota Golden Gophers! I am a hometown gal that loves Hockey and Football! My blog will be about Gopher Sports News and Ramblings! 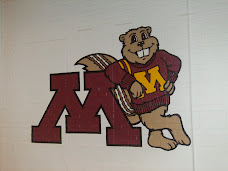 Blogs Representing the HomeTown Teams plus a loyal Badger fan who is my friend:

want to chat about the Gophers? email me: goldengophersfan@pressenter.com